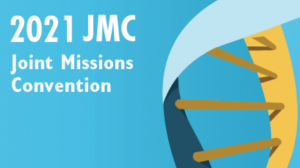 In the beginning ……..
During the Annual Conference of the Canadian Chinese Alliance Churches Association (CCACA), held at the Edmonton Chinese Alliance Church in 1979, the motion of organizing a Missions Conference was passed. After three years of planning under the chairmanship of Dr. Stephen Ho, a member of the Winnipeg Chinese Alliance Church, the first Missions Conference was held at the Canadian Bible College in Regina in 1982. Regina is the birthplace of the first Chinese Alliance church in Canada & the Canadian Bible College was established by the Christian and Missionary Alliance in Canada. The theme, “One Billion Souls”, was chosen after the gospel song, “A Hundred Thousand Souls”, written by Rev. A.B. Simpson, founder of our denomination. It attracted 800 attendees and many of them responded to God’s calling to serve as missionaries. The late Rev. Paul Siu was one of them. As our first Missions Conference stirred up fervor for missionary work that other Chinese churches across Canada requested to organize the Conference with us in 1985, 1988 & 1992 respectively. When they expressed no desire to organize any more conference after 1992, the Executives of CCACA decided to host the first Joint Missions Conference (JMC) at the Canadian Bible College in Regina in 1997. There were more than 800 in attendance. God’s grace has been lavished upon us since. Glory be to the Lord of the harvest!

Our Mission
Scope of the Mission
MAT Candidates
What to expect as a MAT member?
Becoming a MAT member
Approved MAT members
Support MAT Ministries